They're so popular… but they have a bad reputation among developers. They're sliders – sometimes referred to as carousels – and while they might seem like a cool way to emphasize and highlight content on your homepage or landing page, you should definitely rethink that assessment.

Why? Because sliders simply aren't as great as most people think they are. One could even say sliders are bad, in a number of different ways. Specifically, there are four crucial areas in which sliders can actually work against your interests and goals as a smart website owner.

Sliders are bad for marketing

At first blush, it might seem that sliders would be really great for helping to achieve marketing goals. For example, you could create individual slides or panels for the slider on your homepage, one for each separate user profile. That way, you could reach each segment of your prospective market with one page, and direct each group to the information that they'd find most valuable.

But the reality is far different: Sliders actually muddle and dilute your marketing message. In fact, it's rather like design by committee. No one leaves satisfied – the result can be a confusing hodgepodge that doesn't really grab anyone. Why? Well, to understand the answer to this puzzle, you first need to know this: No one clicks on any slide other than the first one – and lots of people may not even see any slide other than the first one – which usually isn't what you want when using a slider.

Sliders are bad for conversions

The result of that slide-blindness and reluctance to click is that sliders actually decrease your conversion rate and render visitors blind to positions that aren't in the first slot, lowering the click-through rate (CTR) for #2 and above. Erik Runyon shared some telling statistics about slider interaction in 2013; the post has been updated since that time with several additional links. For Notre Dame's website, Runyon observed the following:

Approximately 1% of visitors click on a feature. There was a total of 28,928 clicks on features for this time period. The feature was manually ‘switched/rotated' a total of 315,665 times. Of these clicks, 84% were on stories in position 1 with the rest split fairly evenly between the other four (~4% each).

One percent click rate is a pretty poor showing and probably not what you expect when prominently displaying content. Yet this same experience is backed up by others. Not only is the overall click rate low, the huge CTR gap between slides in position 1 as opposed to other positions is also striking. For another visual representation of that gap, look at the screenshot below from Smileycat:

So the overall click rate is poor, and the vast majority of the clicks that slides in a slider manage to get happen on the first slide. Thus, the slides in positions 2 and up are simply not registering with website visitors, which makes them pretty useless.

Sliders are bad for SEO

Sliders probably won't get you banned for life from Google's organic search results, but they're certainly not going to help you get to the top of those results. Many factors support this conclusion. First and foremost is site speed. Sliders and carousels actually slow down your site. At a time when a delay of even a single second can yield a 7% loss in conversions for an eCommerce website, that's a loss you usually can't afford for your online business.

Another factor is that sliders push the rest of the page's content further down the page, giving primacy to the slides themselves. Google has already gone on record with the fact that pushing your content down a page will negatively impact your organic search ranking for that page.

Moreover, sliders don't necessarily show up well on mobile devices, which Google has recently begun to take into consideration. Somewhere around 2/3rds of online time is spent on mobile devices. But with this increase in mobile usage, mobile users are getting less patient with non-responsive sites and are 5 times likelier to abandon such a site. So if your WordPress theme isn't responsive, a slider could negatively impact both user experience and SEO.

Sliders are bad for user experience

So many of the metrics we use to gauge a site's effectiveness flow from user experience. In addition to the serious UI/UX issues we've already mentioned, sliders can leave a sour taste in a user's mouth, so to speak, for other reasons.

Pretty is important on the web. Almost 40% of online users will leave a site that's unattractive. And two-thirds will choose a well-designed page of content over plainer versions. But pretty doesn’t always equate with effective. Sliders have been shown to trigger what's called banner blindness.

In fact, UX expert Jakob Nielsen conducted an experiment that ultimately showed that users just don't see information presented in sliders and carousels. They've become blind to those slides – even if the crucial information they're looking for on your site is contained in those same slides. It's wasted space and effort. That's bad enough, but when it leads to your users concluding your site just doesn't meet their needs, that's fatal.

Sliders can also reduce accessibility for visitors with physical motor skill issues; some users simply can't click fast enough to get to the information they most want to see. That also leads to user frustration and site abandonment. As Jared Smith put it, Carousels pose accessibility issues for keyboard and screen reader users that simply cannot be adequately addressed by markup or hacks. Carousels are this decade's

According to WPMU DEV, as a design trend, sliders are on the way out:

This is one trend you should consider adopting early: kill the sliders. There are more effective ways to communicate your message to your users in an aesthetically pleasing way that doesn't frustrate or diminish the user's experience on your website.

For example, you can create landing pages specific to a single slice of your targeted user base. If you must use sliders, keep the number of slides to 3 or fewer, and configure them so they don't automatically advance. Let the user control the experience. 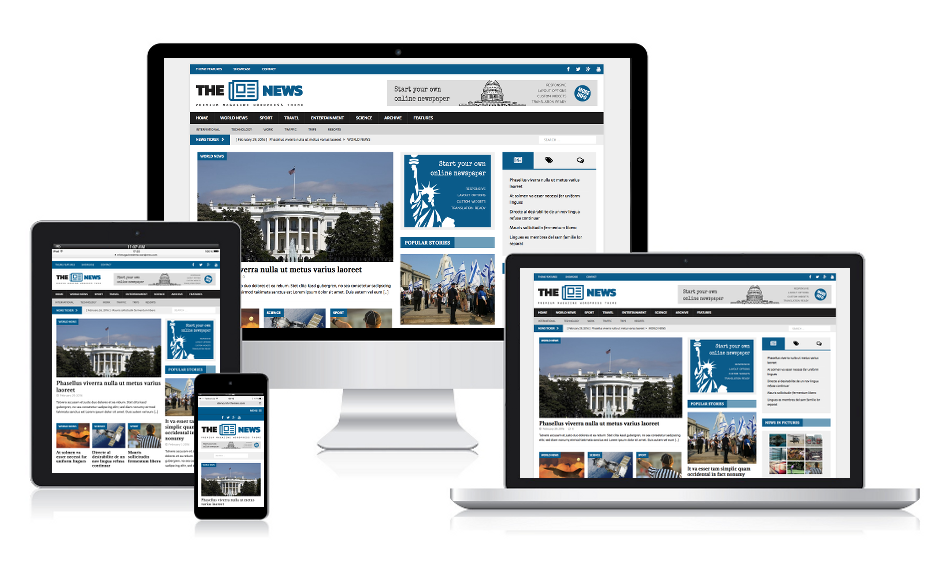 And also if you run a news website or online magazine, there is no need to stick with sliders all the time. Have a look at some of the demos for the popular MH Magazine WordPress theme. There are demos that don't contain a slider at all and still prominently put the content in spotlight.

What's your opinion on sliders and carousels?

What do you think about sliders? Are sliders out or still useful on modern websites? Are you actively making use of sliders and carousels on your website and would you still consider using sliders after reading this article? Let us know your point of view in the comments.

Subscribe Now!
Latest news from our blog: Core Web Vitals: What They are and How to Optimize Them for WordPress (21. January 2022)