For those of you who don't know, WordPress.com is a WordPress hosting company operated by Automattic, the company of WordPress co-founder Matt Mullenweg. WordPress.com is the entry level for many users who start building their websites with WordPress, as it doesn't involve hosting your own website. In the past our flagship theme, MH Magazine, was available on WordPress.com as well, but we decided to stop selling themes on WordPress.com. Why? Let's start at the beginning…

How it all started with WordPress.com

As you may know, MH Themes was founded in 2012 and we launched our MH Magazine theme in February 2013. The theme quickly became popular and our business started to grow rapidly. In January 2014 Philip Authur Moore (a very nice guy who worked at Automattic) reached out to us and asked if we would like to become a premium theme partner of Automattic and launch WordPress themes on WordPress.com. As you probably can imagine, that was very exciting news for us.

Since this was an interesting business opportunity, opening up a whole new market for us, we were thrilled to sign the contract with Automattic. A few days later the theme review process started and it quickly became clear that WordPress.com is something completely different than running a self-hosted site. We basically needed to remove most of the features of our theme because many of it was covered by WordPress.com upsells, Jetpack or simply not allowed on WordPress.com.

That means from that time on we needed to maintain a second codebase, which of course wasn't ideal. However, since the potential business opportunites outweight that, it wasn't much of an issue for us. We were more than thrilled and very excited to get started on WordPress.com.

Since MH Magazine was selling quite well on WordPress.com and quickly became one of the most popular premium themes there (based on sales) we of course were interested in launching more themes. Well, it turned out that was too optimistic. Unfortunately the review process turned out to be not very effective. We tried to launch new themes 2-3 times, but they always have been rejected based on subjective criteria. The feedback from the review team wasn't very helful, for example:

It quickly turned out that launching themes on WordPress.com was quite a lottery. I don't know how they select themes, but it seems pretty much is based on the subjective opinion of the reviewer. So probably you can have luck with a reviewer or not. The most annoying thing is when themes get rejected and a few days later similar themes from other developers or even from Automattic itself start popping up on WordPress.com. It's very frustrating, intransparent and hard to understand.

Launching WordPress themes on .org is already quite a hassle, but there at least you're dealing with objective requirements so you can prepare a theme that will pass. On WordPress.com on the other hand you never know if they will like the theme or not. Since you need to code .com specific themes based on their special requirements, you basically spend weeks of work without being sure if it will pay off or not. This can be very frustrating, and it seems more developers feel that way.

Ok, so far I covered the issues related to launching a WordPress theme on WordPress.com. But once you finally have launched the theme, you quickly run into the WordPress.com / .org confusion. Especially if you also run a theme shop with WordPress themes for self-hosted sites, you're dealing with confused customers all the time who don't understand the difference between WordPress.com and WordPress.org. Naming these two similar probably was the worst business decision ever.

Another annoying thing is that the user experience on WordPress.com is quite different in comparison to a regular self-hosted WordPress site. They have a redesigned customizer, different backend, Calypso and also access to /wp-admin is quite hidden and hard to find. This leads to a situation where you're dealing with more confused users, for example if they check the theme documentation on our site, which of course doesn't apply to what they see on WordPress.com.

Automattic moving more and more into the .org ecosystem

Luckily Automattic recently opened up WordPress.com a bit, which at least partially helps to avoid this WordPress.com / .org confusion. You can now upload custom themes to WordPress.com if you have subscribed to a business plan. There still are the issues with the completely different backend, customizer and Calypso, but at least people can upload their WordPress theme if they've purchased a non-WordPress.com theme. This seems redundant, but wasn't possible before.

Automattic recently seems to shift their focus more and more on the WordPress.org ecosystem. I don't know what exactly they have planned, but we'll see. Jetpack always has been a WordPress.com marketing tool since you need a WordPress.com account to use many of the features. In March Automattic announced that they will make the WordPress.com free themes available via Jetpack.

I already raised my concerns about this approach on WP Tavern as it seems this is the first step of a completely different strategy, directly affecting .org businesses. What worries me is how this may affect the business of small business owners who have built their business over the years. Automattic moving more and more into the .org sphere seems to be a fight small theme or plugin developers and business owners can't win on the long run. It's basically like David vs. Goliath.

Yesterday we received an email from WordPress.com that premium themes will be freely available soon for all Jetpack users who have a Professional plan. That means Automattic now starts putting .com premium themes in front of millions of WordPress users. Sounds good right, or maybe not? 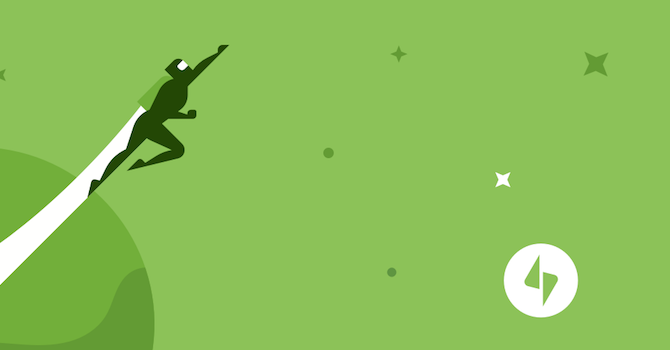 While this may seem like a great idea, at least for Automattic, it also leads to a few issues for theme developers who were previously selling themes on WordPress.com. One of the issues is that these premium themes are available for free. This also affects WordPress.com themes which were previously sold for $79 or even $175. Instead theme developers will get paid by Automattic based on the use of the theme per day, concrete that means up to $50 per year (approximately $.137 per day).

That means theme developers who had previously priced their theme differently are now being forced to sell their WordPress themes for that fixed rate. You can either accept that offer or your themes will be removed from WordPress.com. In the past there always was a 50/50 revenue share model, but recently WordPress.com introduced the new unlimited pricing for their premium and business plans as well. This immediately resulted in a noticeable drop of revenue on .com for us.

But that's not the only issue with the Jetpack approach. The MH Magazine theme on WordPress.com is running a 3 year old codebase and has an outdated design. We completely recoded and redesigned MH Magazine for self-hosted sites in 2015. Unfortunately we haven't been allowed to update the WordPress.com theme as well (even since users were asking for it) because it would automatically affect user sites. It also wasn't allowed to release the up to date theme as a separate version.

This now leads to a situation where two completely different versions of the same theme would be available for .org users. This isn't an acceptable situation as it opens the door for lots of confusion. We also wouldn't want that people make their buying decision based on a three year old theme which hasn't been updated, while at the same time an up to date version is available. It's just a mess and leads to the same kind of confusion like this whole annoying WordPress.com / .org thing.

Decision of moving away from WordPress.com and business impact

With that being said, we've decided to pull the plug and stop selling WordPress themes on WordPress.com for now. That whole hassle and confusion amongst users just isn't worth it. We were thinking of pulling the plug before, but since WordPress.com was an isolated marketplace which didn't affect the .org business, we just kept going. But now since the Jetpack approach would directly affect .org users, which is our main business, the situation is different.

You may think that it isn't a good business decision to stop selling themes on WordPress.com for now. Luckily, WordPress.com only is a small fraction of our revenue. Since the launch of MH Magazine on WordPress.com in February 2014, the theme made $117,182 in sales (approx. $3k per month).

Of course $3k per month on WordPress.com still is a lot of money, but we rather dump $36k of yearly revenue than making it hard and confusing for users to figure things out. There simply is too much confusion involved here, while the WordPress.com / .org thing is already hard to understand for users, the new Jetpack approach doesn't make it better.

We're not interested in making a 3 year old outdated WordPress theme available to millions of users while we're selling an up to date and well maintained version at the same time. Luckily our theme business for self-hosted WordPress sites is very healthy with more than $370k of yearly revenue which makes the decision not that hard. But still it's not great to see all these business related changes on WordPress.com and I know that other theme developers feel the same way.

Now a few days after closing WordPress.com for new theme submissions, the Jetpack announcement comes out. There also seems to be an issue with credibility. In the WP Tavern post that was linked before, Richard Muscat from the Jetpack team said:

WordPress.com has no immediate plans to sell themes at this time. Jetpack users have access to free themes but will not, in the foreseeable future, be invited to purchase WordPress.com's commercial themes.

That statement was from March, we now have June. Seems a lot has happened in three months.

As you can see, life is full of surprises. One important advice I would give other theme shops definitely is don't make yourself dependent on other companies or marketplaces. It's crucial to keep your business as much under your own control as possible. For a WordPress theme shop that means invest in your own website instead of relying on revenue from 3rd party venues.

Luckily, we did this since the start in 2012 and we've completely removed our commercial themes from 3rd party marketplaces some time ago (with one exception). While this may involve more work, investments in marketing and taking care of running your own website, you at least have control over your own business and the related business decisions.

What is your opinion on the WordPress.com and Jetpack changes? Is your business affected as well? If you're a seller on WordPress.com, how has your revenue changed since the new pricing has been introduced? It would be great to read your experience in the comments below.